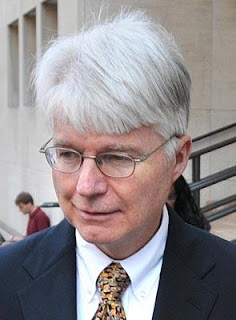 “Judge Blue is correct in his interpretation.”

I’m waiting to hear those words from Erika Tindill, chairwoman of the state Board of Pardons & Paroles. It should not be hard at all for Tindill – billed as an advocate for domestic abuse victims – to utter those seven words in the infamous Bonnie Foreshaw case.

Blue is known to many as the presiding judge in the Cheshire home invasion homicide cases. Before becoming a judge in 1989, he worked as a public defender.

In one of his final acts before putting on the robe, Blue wrote a blistering five-page memo to then Chief Public Defender Joette Katz, excoriating fellow public defender Dennis O’Toole for “malpractice” taking “a number of forms.” Blue called his colleague’s performance “disturbing” and “shocking.” Bottom line, Blue wrote: “Ms. Foreshaw did not have a fair trial.”

Blue wrote the memo on March 27, 1989, the third anniversary of Foreshaw’s arrest. That was 24 years ago.

The memo has not seen the light of day – until now ...

Posted by The Cool Justice Report at 11:44 AM