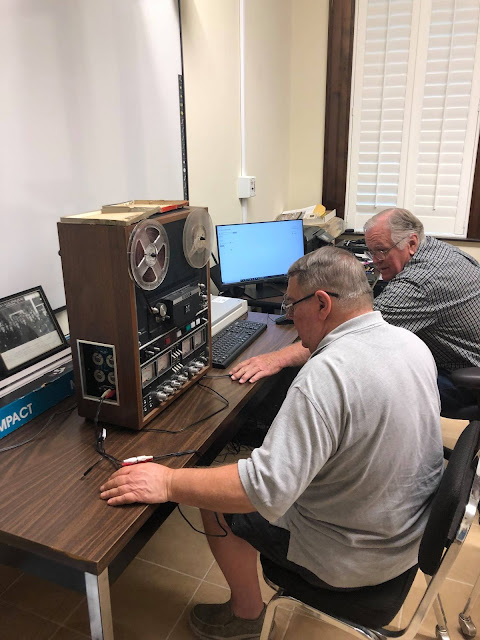 In May of 1960 "Mad Dog" Taborsky was executed in Connecticut. He and his accomplice Arthur Columbe murdered at least six people during a robbery and killing spree in 1956 and 1957.

Fast forward to today: The nephew of tireless investigator Major (then a detective) Sam Rome – who interviewed many in the Mad Dog case – came forth with some startling materials.

Ken Kurland delivered a scrapbook, newspaper clippings and reel to reel audio tapes of several of Sam Rome's interviews regarding this murder spree. They are being analyzed at the CSP Museum in a very exciting project. So stay tuned as they slowly process approximately 29 hours of tape.

Of note: The tapes might cover at least one other significant case.

http://cooljustice.blogspot.com/2021/06/state-police-museum-httpwwwcspmuseumorg.html
Michael Ross execution, 2005
https://www.ctpost.com/news/article/6-infamous-convicted-killers-who-served-time-at-16086179.php
Posted by The Cool Justice Report at 4:15 AM