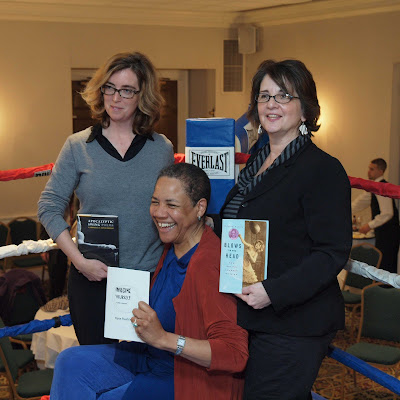 MURDERER'S ROW - Gaby "She Be Stinging" Calvocoressi, Kate "La Terrible" Rushin and Binnie "The Demon Barber" Klein take a breather after reading from their works in a boxing ring Jan. 15 at The Hartford Club. Also among the presenters during the CT Young Writers Triple Knockout Event -- Poetry, Prose And Pugilism -- was a former State Poetry Champion, Amy Ma, who now teaches for the Hartford Public Schools. Young poets and writers can enter their works by Feb. 1 for the 2010 competition. [See entry form link below.] The CT Young Writers Trust has given more than $182,000 to young poets and writers since 1998. Cash prizes will be awarded during celebrations in April at the four Connecticut State University System campuses and at the annual dinner which will be scheduled in late May or early June. The festivities on Jan. 15 -- including writing workshops, two bands and a boxing exhibition -- drew about 150 guests to the Hartford Club.

WHAT'S UP WITH THAT
@ THE HARTFORD CLUB

In an historic first for The Hartford Club, an actual boxing ring was set up next to chandeliers and Revival Georgian windows of the second-floor ballroom.

Brawling In The Ballroom -- Mark Twain would certainly have approved.

Scully also squared up against Gaby "She Be Stinging" Calvocoressi in two bouts of words.

A natural stage presence and Connecticut native, Calvocoressi brought the house down with her "Prayer in the Name of Saint Thomas Hearns," with its hobbling heavy bag doing penance. Iceman, in his debut as a public reader, came on strong with his anecdotes about traveling around the world because of boxing. He told of bringing busloads of youngsters to places they didn't dream they would see. These excerpts are from his work in progress, "The Iceman Diaries." 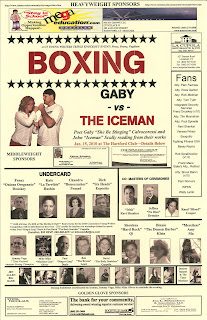 Middle school students from the Jumoke Academy were rapt about the undercard whose headliners included:

* Bob "The Breeze" Leuci, riffing on the spot about the solidarity of writers;

* Binnie "The Demon Barber" Klein warming up with her personal trainer by throwing (hard) jabs in the air;

* Chandra "Bonecrusher" Prasad divining the space of Amelia Earhart in her cockpit;

* Jumoke Academy teacher "Merciless" Amy Ma reclaiming her own inner Dopey from the trauma of a childhood Snow White play.

Jeffrey "No Dice" Dressler, featured in the upcoming Universal Pictures film "Ring Announcer," wowed the crowd with his pipes, bringing the rumble to the ballroom by introducing the writers as fighters. Throughout the event, fellow Masters of Ceremonies Rand "Blood" Cooper and "Irish" Ravi Shankar kept it together with flair.

The evening culminated with actual fights, with Mike Mike Machine Gun Oliver squaring off against a much larger Pito Cardona and going two animated rounds, and then Cardona bulling his way around with the sharp Chip Perez, just two weeks off his upcoming appearance on the undercard of Friday Night Fights at Mohegan Sun on Jan. 29th.

Machine Gun lived up to his name with flurries, Perez looked polished and agile, while Cardona -- the biggest man in the ring -- looked like he was messing around but could impose his will at any moment.

The Iceman narrated the exercises he puts fighters through and the crowd -- made up of everyone from school teachers to policemen, con men to lawyers (and those straddling the fine line between them) and students of writing to members of the Hartford Club, enjoyed every minute. Bravo to The Hartford Club and all the many sponsors for making this event a reality! 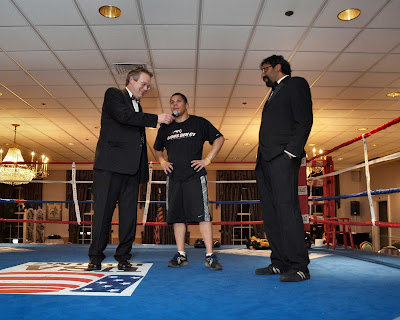 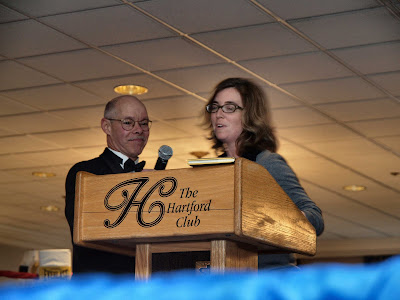 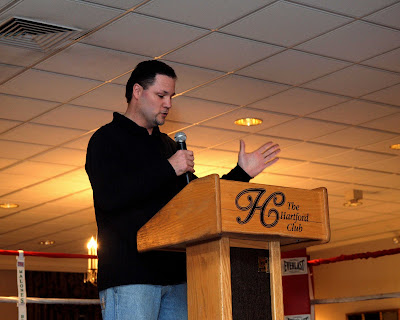 The Iceman Reads From The Iceman Diaries,
A Manuscript In Development 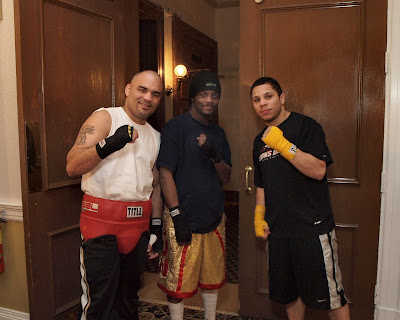 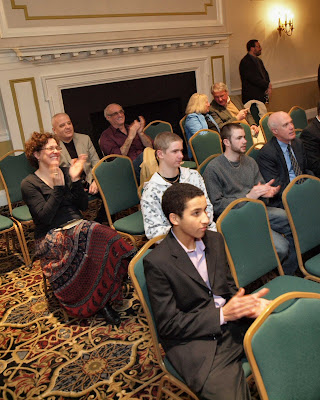 The Rumble Is Good To Watch 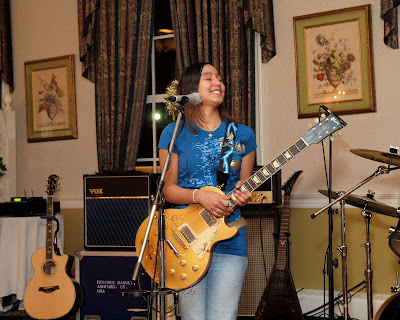 Desiree Bassett Gets Into A Riff 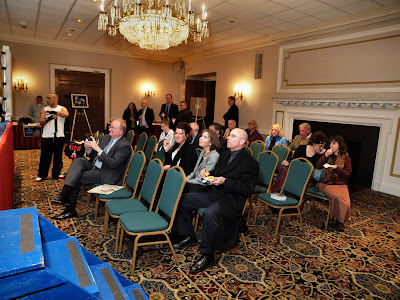 Pito & Spectators @ Prospect St. Side Of Ring
Relaxing During Interlude After Gaby V. Iceman, Round 2 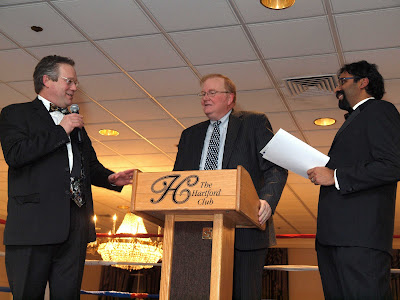 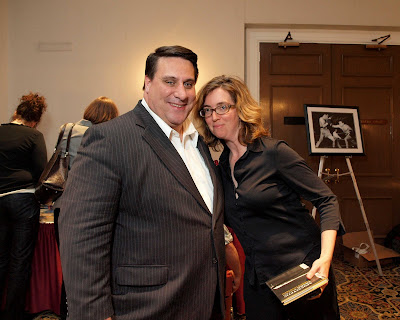 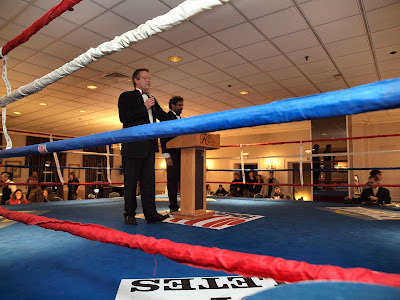 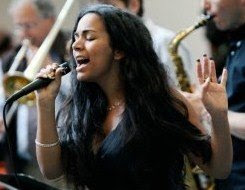 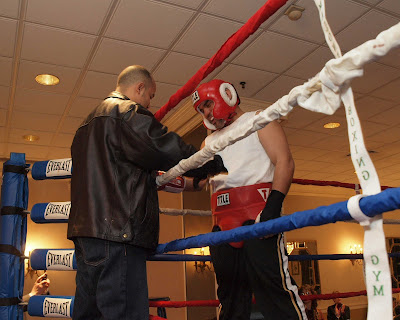 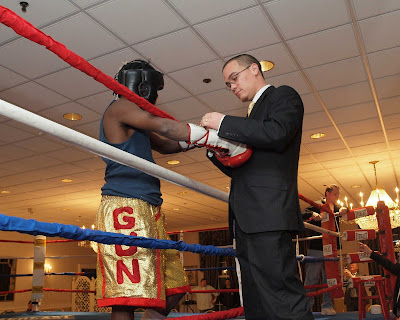 Mike Mike Gets An Assist From Sammy Vega 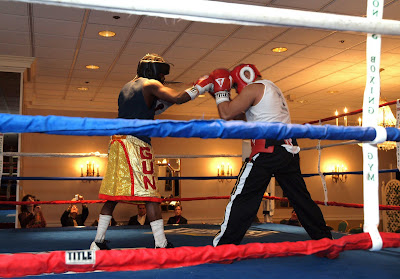 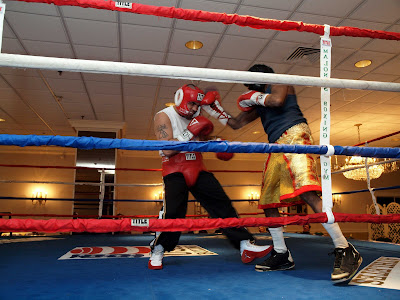 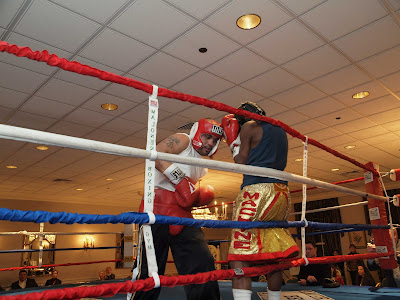 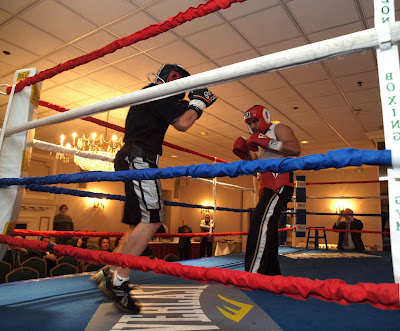 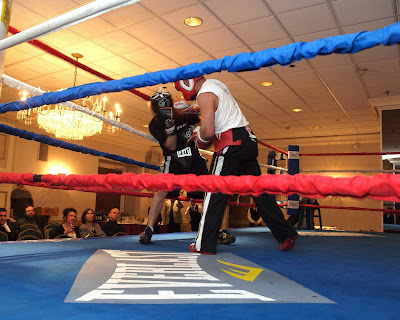 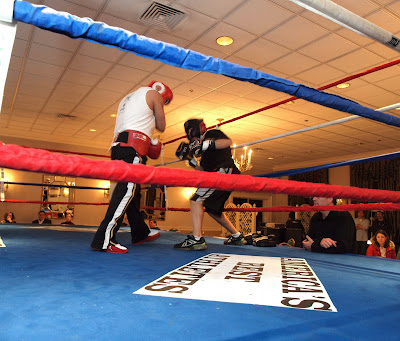 Pito, Chip Measure Each Other 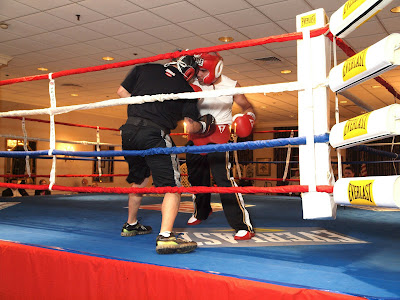 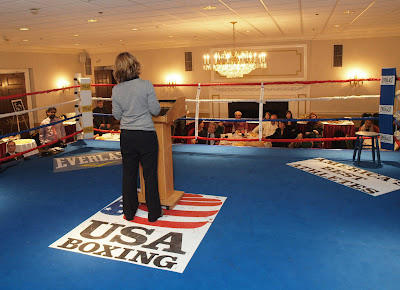 Gaby On The Day Shift 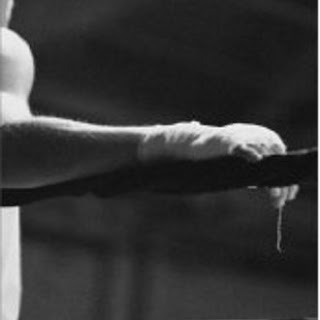 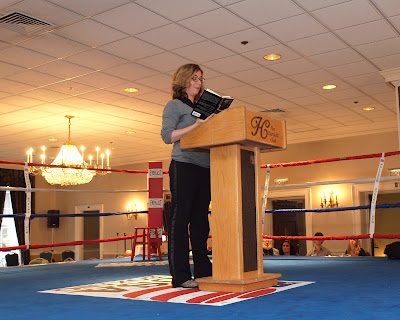 From Publishers Weekly
Muscular and musical, this second collection from Calvocoressi (The Last Time I Saw Amelia Earhart) combines boxing, Elvis, church burnings, sex and horses to produce a book that is pure Americana. Exploring the parameters of masculinity, Calvocoressi plays with the gender of the narrative voice from poem to poem, Have you/ ever gotten hit or thrown against a wall?/ There's a sweetness to it, at that moment when/ your God would forgive you anything. The result is a not unpleasant ambiguity. Unafraid of interacting poetically with severe subject matter, in Fence she describes the murder of Matthew Shepard in the voice of a disgusted everyman. They took that boy and tied him to a fence/ and beat him till he didn't know his mother's/ name. Boxing is the overlying theme of the collection; in Fugue Calvocoressi turns Rilke's Archaic Torso toward Duk-Koo Kim, the South Korean lightweight who died after a fight with Ray Boom Boom Mancini: For here there is no television/ that does not see you. Calvocoressi's poetic intensity makes energetic identity politics into verse: Take my hand,/ take my whole life too. I've slicked/ my hair back, I've made myself/ a boy for you. This is a compelling sophomore effort from a very promising poet. 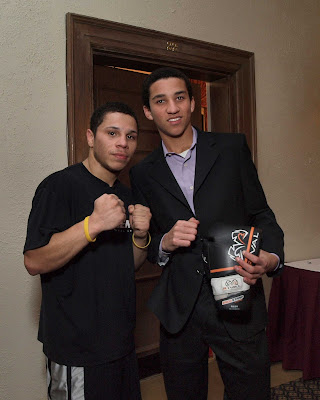 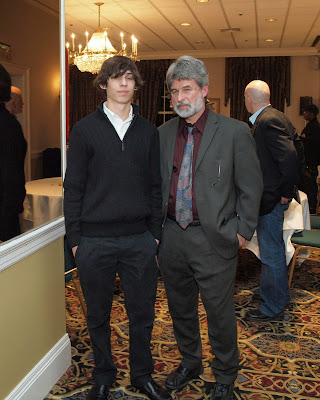 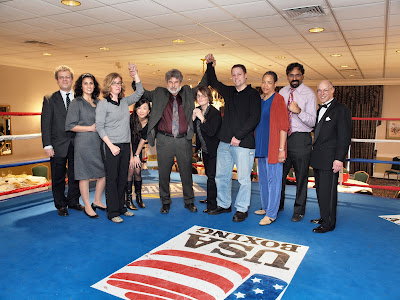 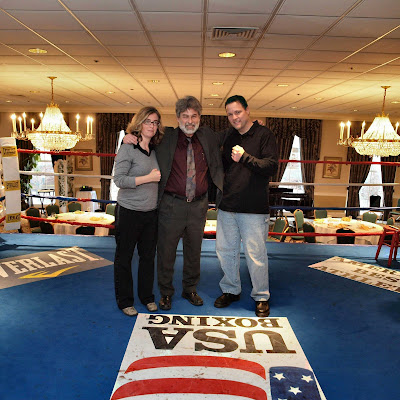 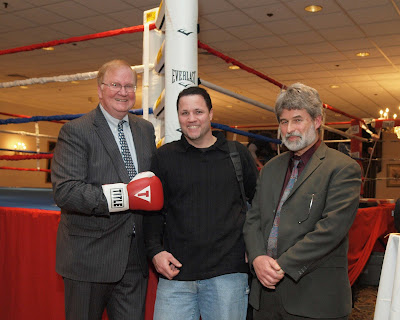 Posted by The Cool Justice Report at 1:55 AM