WHERE
IS
THE
OUTRAGE? 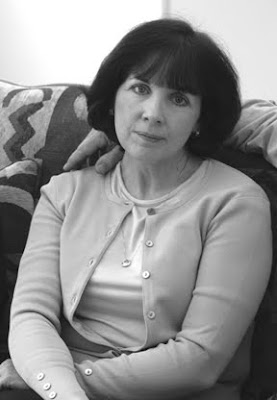 We still couldn't get the attention of the local police department. They dismissed Billy as a voluntary runaway case ...

... Eventually we uncovered information that led us to believe Billy had been murdered in Woodbridge, Connecticut, and buried in Seymour ...

... The police were not only slow to respond, but they also didn't properly report the case. It took four years for a report to be correctly filed with the National Crime Information Center (NCIC) ...

... The only person who has been arrested in this case is me. When we tried to hang missing person flyers on telephone poles in Woodbridge, the police arrested me.

Good morning and thank you Chairman Scott, Ranking Member Gohmert, and Members of the Subcommittee for having the courage to tackle the tragic disconnect in our country's effort to find missing Americans.

The Help Find the Missing Act has been named "Billy's Law" in honor of our son who went missing from Waterbury, Connecticut five years ago. It is my husband Bill and my greatest hope that the legislation, so well crafted by Congressman Murphy and Congressman Poe, will be signed into law in order to help bring answers and peace to the thousands of families wrestling with the horror of having a loved one go missing.

My husband and I are uncomfortable in the spotlight, but we hope that sharing our family's story can shed light on this national nightmare and illustrate the urgent need to pass Billy's Law. With over 100,000 people missing in this country, our family's story is not a unique one.

Our son's name is William Smolinski Jr., and his whole life we called him Billy. He was funny, and a bit of a goof ball, always trying to surprise us with a joke or a trick.

Billy was a hard worker who drove a tow truck, owned a small house in the South End of Waterbury, and loved his three-year-old German Sheppard, Harley.

Everything changed on August 24, 2004 when Billy vanished at the age of 31. In our search to find our son we encountered a Pandora's Box, and when we opened it, we unleashed the nightmare plaguing the world of the missing and the unidentified dead.

Our nightmare began with a phone call. A neighbor called to say that Billy had left his dog unfed and locked inside his house. Billy's truck was parked oddly in the driveway, in a spot he had never used before. We are a very close family and immediately knew something extraordinary had happened. We called the police and they told us to wait three days to see if Billy showed up, and if he didn't, to file a missing persons report.

After waiting the three days, we filed the report, and expected the police to launch an aggressive investigation. When the police did nothing we organized our own search with family and friends. We even hired a private investigator. As the days passed we knew something terrible had happened to our son.

Yet we still couldn't get the attention of the local police department. They dismissed Billy as a voluntary runaway case.

The police were not only slow to respond, but they also didn't properly report the case. It took four years for a report to be correctly filed with the National Crime Information Center (NCIC). Moreover, not only did they lose seven separate DNA samples, but they also didn't know about the National DNA Index System (NDIS). In fact, it wasn't until the FBI took over the investigation - two years after Billy vanished - that the proper reports and DNA samples were collected and filed.

Eventually we uncovered information that led us to believe Billy had been murdered in Woodbridge, Connecticut, and buried in Seymour.

In fact, according to international homicide expert Bill Hagmaier, a great leader in fighting for reform, a majority of the missing aren't just missing, they have been murdered.

However, to this day, the only person who has been arrested in this case is me. When we tried to hang missing person flyers on telephone poles in Woodbridge, the police arrested me. The charge was later dropped.

Though much time has passed, we still haven't been able to find justice for our Billy. We have tried to change the system so no family would have to endure the anguish that we have lived through these past five years. Reform has begun in Waterbury and in many other police departments around Connecticut.

With H.R. 3695, we have the opportunity to make changes nationwide. With the incentive grants program created in the bill, police training can finally catch up to modern science and technology, while emphasizing sensitivity protocols. Police want to have better resources to solve missing persons cases and Billy's Law will help them with that.

Authorizing the Department of Justice's National Missing and Unidentified persons System (NamUs) will help empower family members to search for their missing loved ones. As you can tell, looking for your missing loved one becomes a full time job. It consumes you. You have to continually hound the police, knock on doors, make phone calls, visit the media, make fliers, create websites, network, speak up and check on information entered into databases to make sure it was created correctly. NamUs makes this process easier as you can both enter information yourself and search the database. Moreover, the connected NCIC/NamUs database that the legislation creates increases the chances of finding answers.

Uncertainty is a cancer that crushes the spirit of loved ones left behind, destroys marriages and tears at the tissue of family bonds. The stress of having a missing loved turns some to substance abuse, creates health problems and drives people into bankruptcy. Unless there is some form of resolution, the heartache never truly goes away.

Congressman Murphy's effort gives families like mine hope for a better, more certain tomorrow. This legislation is long overdue, and the missing community applauds his effort. This act is named after my son, but it's not for him, or the Smolinski family.

This act is for every American, and is an ultimate act in Homeland Security.

Thank you again for holding this hearing today. I look forward to answering any questions you may have.

Posted by The Cool Justice Report at 2:51 AM

What's most alarming about this case, is it shows what is business as usual. Cops, especially in Connecticut, have a lot to hide. Police misconduct in the State of Connecticut, along with brutality, is an absolute scourge in Connecticut.

Court cases are rigged. It is about doing favors, rigging the system, and retaliation.

I want international attention to this case and for your post here:
http://www.liveleak.com/view?i=c2c_1264358082

Jan you did awesome in Washington DC and I feel honored to have worked with you and to know you. You are a phenomenal woman! Congrats on all the hard work you've done. It's finally starting to "pay off!"
Hugs, Hopes and prayers...Cyn

I saw this case on ID. I watch a lot of shows on there and to be honest. I think that the police out in your state took too long and didn't investigate like they were suppose to. They waited so long to try to find fingerprints or DNA in his truck?? That should have been the first thing they should have searched. And then his ex gf ripped and tearing those flyers.. who in the right state of mind tears down flyers for a missing person.
Its just terrible that police officers are always persuing small traffic stops incase of following leads. Good luck to you and I will have you in my prayers.

The circumstances of the Smolinski disappearance leads one to believe he left voluntarily. He lost his job. His girlfriend broke up with him and he seems to have spent the last day stalking her, climbing into her bedroom and perhaps assaulting her, threatening his romantic rival, and then gone. I agree with the police, he left voluntarily.